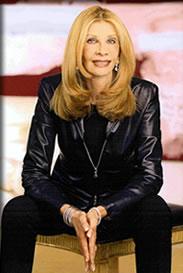 Jane F. Nathanson is a philanthropist and licensed marriage, family and child therapist. Her practice, which is located in Westwood, specializes in relationship issues and individual therapy. She was on the National Board of Trustees of the American Foundation for AIDS Research (AmfAR) and was honored with its "Distinguished Service Award." In 2000, she was appointed by Governor Gray Davis to the Board of Behavioral Sciences. She is also a Founder and past Trustee of the Museum of Contemporary Art (MOCA) and a Trustee of the Los Angeles County Museum of Art (LACMA).

Jane Nathanson is a Trustee of Ronald Reagan UCLA Medical Center and along with her husband Marc endowed the Nathanson Family Resilience Center at UCLA's Neuropsychiatric Institute, which is a resource and educational center for families dealing with mental illness. Ms. Nathanson was a delegate to the 1984 Democratic Convention, and she and Marc have long been active in political affairs and chaired major fundraising events for the Democratic Party.

Jane Nathanson was born and raised in New York and has a Bachelor's Degree in Fine Arts from the University of Denver, where she formerly was a member of the Board of Trustees. She also has a Master's Degree in marriage and family counseling from the California Graduate Institute. Ms. Nathanson is married to Marc B. Nathanson, Chairman of Mapleton Investments.  Mr. Nathanson is also Vice Chairman of the National Democratic Institute for International Affairs and on the Board of the East West Center, Pacific Council, and the Aspen Institute. They reside in Los Angeles and Aspen and have three children: Nicole, Adam, and David, and five grandchildren: Andrew, Katherine, Nina, Henry, and Leigh.

Ms. Nathanson is tireless in her dedication to the arts, to erasing the stigma of mental illness and to making Los Angeles environmentally the best and safest place to live.